Sunday (named after the day of her creation) was originally made just to learn how to sew a ball. Then I decided to add on some ears, a little bunny tail, and some button eyes and nose. 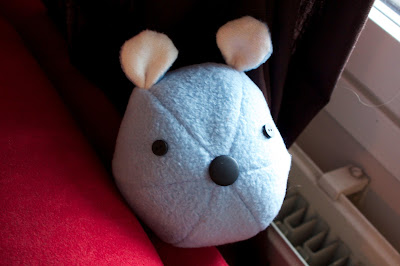 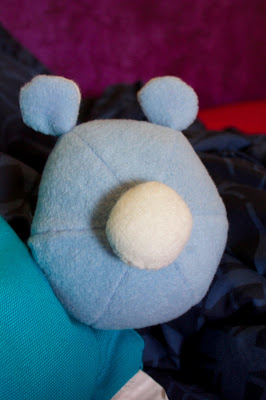 And here's ACID BUNNY. Last year for my birthday Albert cut out a little pink bunny onto my birthday card. After that we started working on a little animation with the bunny and developed a little back-story for him. Basically he's a good loving bunny, who comes from a tough background. His mother, a severe drug addict, took a lot of acid while pregnant and as a consequence our sweet little bunny now and then gets some acid flashbacks and goes completely crazy.

And now I've brought our little Acid Bunny to life! :) 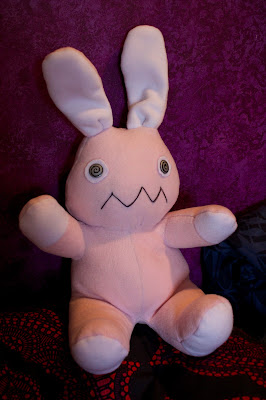 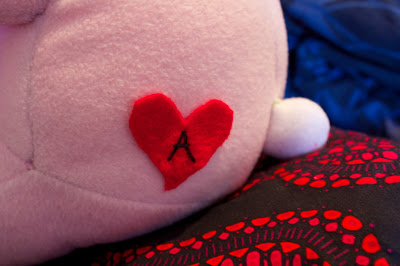 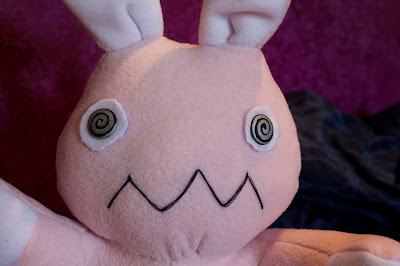 The body is based on an online tutorial I found for a teddy bear.
For the ears I added in some wire to hold them up, which also makes them bendable. The mouth is just done with some string, and the eyes are two black buttons that I drew on to with a silver marker.