Okei, so it's almost been a week since things have calmed down for me (finished a 2-week intensive program at school) but even though my schedule eased up significantly, it took about a week to catch up on all the things I hadn't had time to do during that two week period. But now I'm back! :)

As I mentioned in my mini-post before my absence, Albert and I are making a game together! I wont reveal much about it now, but hopefully soon enough we'll be able to put together a little teaser video and I'll be sure to link it here.

I will reveal that a large part of my contribution is coming from sewing some plushies! So far it has been both really fun, and ultra-frustrating. I'm not being modest when I say that I'm a complete amateur. When Albert and I started planning my plushie-portion of the project, we were talking about the possibility of even selling the plushies, but I'm realizing now that I'm sooo not ready for that! But somehow realizing that, and deciding that that will most probably not happen, has relieved so much of the stress, which is amazing :) Maybe one day I'll be able to open a little online shop and sell them, but for now I just want to focus on learning and having fun with it.

So here's a little sneak peak... can you guess what it's going to be? 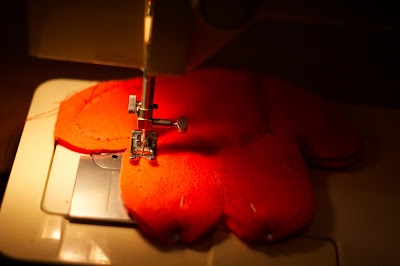 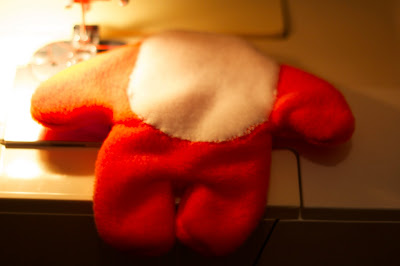